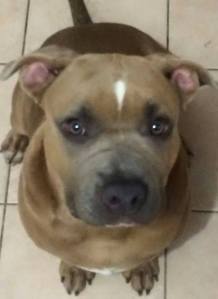 (note his colouring, eyes and markings and facial features)

The events leading up to disappearance of Max were somewhat strange and it really does appear that he has vanished in to thin air.

After reading the desperate please from his family to have their dog returned home, I have offered to assist Max’s owner in trying to find their beloved pet.

Not only is there nothing worse than losing family member because that is what our pets are to us, but if it happens to be due to theft, that makes it even worse and I for one, would love to see this dog back with his rightful owners.

On the evening of 18th December 2014, Max’s family were placing Christmas decorations at the front of the house and Max was in the garden with them.

At approximately 11.30pm the family went inside and Max was the first one to go inside as he always liked to be close to his owners and not being the bravest of dogs, he was not a dog to run off from his garden or be too far from his family.

Because it was a warm evening, the family left the garage door open about 2 inches for ventilation but it was barely enough for Max’s nose to fit under the gap yet open enough for some air to get through.

Max had secure access to the garden from the garage and the night he went missing he would have been sleeping either in the garage or the garden – sleeping I might add, with his usual home comforts of a bed and toys that he treasured.

Between the hours of 11.30pm and 6.30am, someone opened the garage door and stole Max from his home.

(Look at his head markings, the shape of his snout – have you seen him?)

At approximately 6.30am on Friday 19th December 2014 the family noticed that Max was missing from the garden. Frantic, they telephoned the pounds, advertised Max as missing on Facebook, checked with the neighbours and exhausted every single avenue but Max had seemingly vanished into thin air.

Oddly enough, the family actually had Max’s father at home at the time who would have definitely barked at any stranger that had dared to come close to let alone even open the garage. And here lies the mystery – not one of the dogs barked which is indicative of the dogs knowing or being familiar with whoever took them.

Vigilance is the key

To the person that took Max

I am sure that you would not like the title THIEF attached to your name, and you certainly would not like that label applied to your reputation, because you are smart enough to know that ‘mud stick’s and once you have been labeled as a THIEF, then it is pretty much how you are going to be known from then on.

You saw Max and you wanted him and going on the assumption that you are familiar with this dog to some degree, you obviously felt it was your right to steal him. I say the word STEAL because that is what you did.

You opened the garage door and purposely took someone’s beloved pet that does NOT belong to you, Max is not your dog – you know it, I know it and Max’s family know it.

Max’s father would have been highly distressed at losing his pack member that you either have in your house, or have sold on or are farming him out to a friend until the heat dies down.

Do you really believe that the heat is going to cool down on this dog? Does Max’s owner really seem like the kind of person to give up on his dog? No, I don’t think so.

Do you really believe that the longer you keep Max, the more he will become yours and the title THIEF will no longer apply to you? No, I don’t think so either.

You will never truly own that dog, he will never ever be your dog and you will never be able to walk him freely, because one day – you will be seen and Max will be recognized by someone.

At some point you will be seen outside with Max and there is a high chance that your name and photograph will become public in the domain of social media which as you will know, has a tremendous amount of power.

Dog theft is on the increase in Perth and the decent law abiding, animal loving Australian is fed up with it so when your name does become public, and be sure that it will – this will be very hard for you to live down because you will be known as a THIEF.

You took this dog because you wanted him, you broke the law and now the ONLY thing you can do now is to do what is right by Max and return him to his family.

It is not too late to do the right thing, it is far better to return the dog now than before this situation gets any worse.

I ask of you just one thing, if you do not like the title THIEF being attached to your name and reputation then please give Max back to his family.

Because my friend, nobody likes a THIEF and certainly nobody trusts one either.

The choice is yours

If You Have Any Information

If you know anything at all about this puppy that could help reunite him with his owners, please contact Paul on the following numbers:

There is a large cash reward for information leading to the safe return of this dog.

3 thoughts on “An Appeal for Max – the American Staffie from Carramar, Perth, Western Australia”